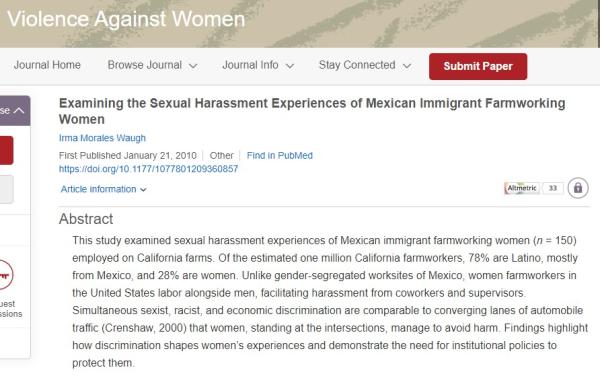 This study examined sexual harassment experiences of Mexican immigrant farmworking women (n = 150) employed on farms in California, the United States. Of the estimated one million California farmworkers, 78% are Latino, mostly from Mexico, and 28% are women. Unlike gender-segregated worksites of Mexico, women farmworkers in the United States work alongside men, which enables harassment from co-workers and supervisors.

The study uses intersectionality theory to examine how racism, patriarchy, economic disadvantages, and other discriminatory systems form multiple and intersecting forms of disadvantage for immigrant farmworking women. Findings highlight how discrimination shapes women’s experiences, which include various forms of sexual harassment and sexual coercion. The author concludes that the high rates of sexual harassment experienced by women in the study suggests that agricultural companies do not have, or are not enforcing harassment policies, highlighting the need for strengthened institutional policies to protect women from sexual harassment. 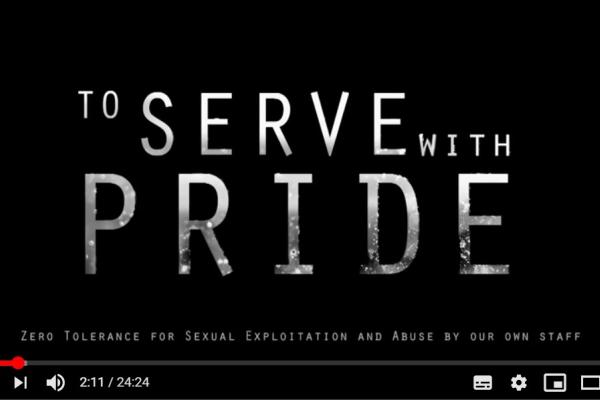 To Serve with Pride

This video presents a call to action for organisations on Protection from Sexual Exploitation and Abuse (PSEA). It describes the importance of the…
Read more

Life is tough, no doubt about it. Just assess your own life and all the things that are thrown at you on a daily basis, not even mentioning what we…
Read more