No One to Turn to 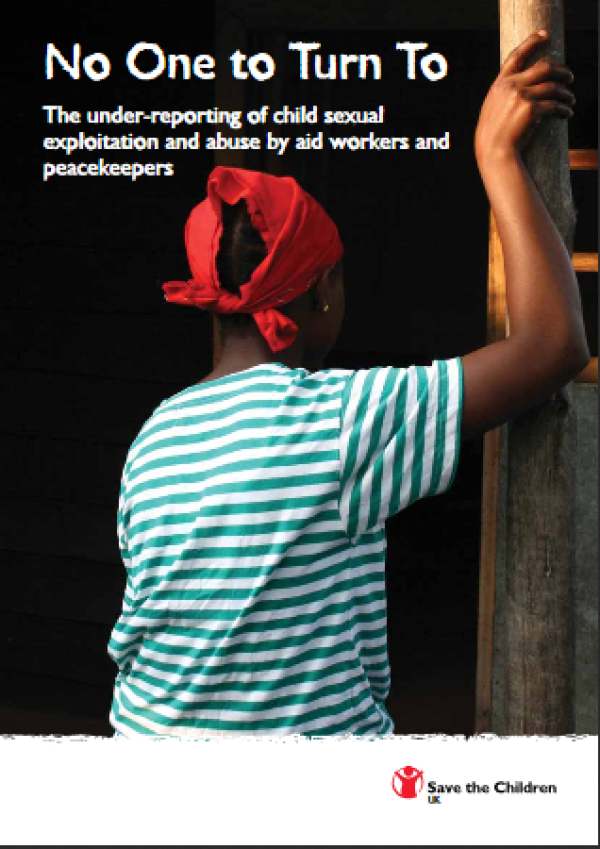 This report focuses on ways to improve the international community’s response to the sexual exploitation and abuse of children by aid workers, peacekeepers and others acting on their behalf in emergencies. Particular attention is paid to the issue of underreporting, as they argue the initiatives and actions taken to address SEA depend on the willingness and ability of children and their carers to report the abuse they experience.

38 focus group discussions were held with 341 people living in emergency context (Southern Sudan, Côte d’Ivoire and Haiti), including 129 girls and 121 boys aged between 10 and 17 years. Individual in-depth interviews were held with some of the focus group attendees. Meetings were held with 30 humanitarian, peace and security professionals working at national, regional and international levels at INGOs, NGOs, governments and UN agencies.

Up
320
Undo
Type of document
Research
Countries this relates to
South Sudan
Cote d'Ivoir
Haiti
International
Language of materials
English
Type of safeguarding this relates to
Protection from sexual exploitation and abuse and sexual harassment; PSEAH

The webinar is the first in a series, as part of Open University's and the UK Foreign Commonwealth and Development Office (FCDO) Course "Leadership…
Read more

Leadership in safeguarding in the international aid sector