Safeguarding and Beyond: One year On 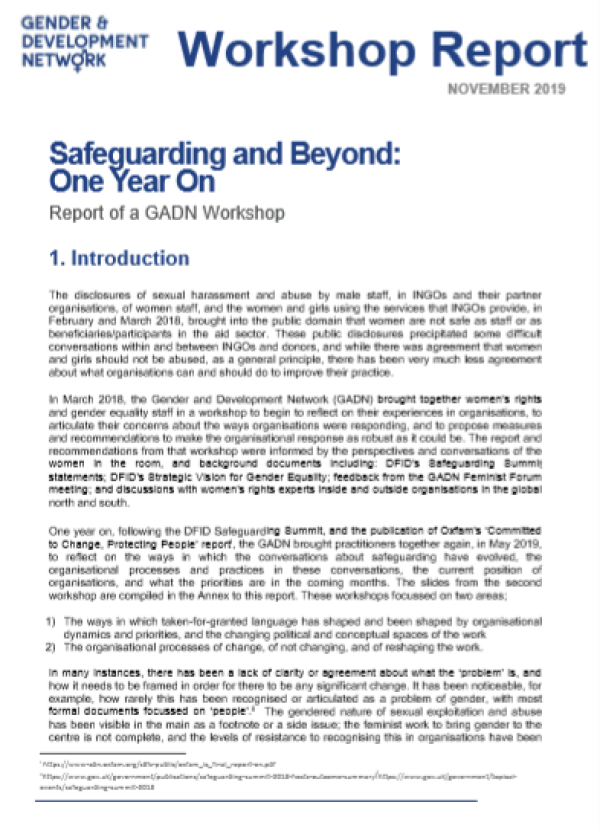 This report synthesises discussions and insights from two workshops that were carried out by the Gender and Development Network (GADN) in 2018 and 2019, which gathered professionals working on issues related to gender equality and women’s rights (the number of participants is not specified). The first workshop discussed how organisations were responding to the 2018 disclosures of sexual harassment and abuse (SHA) within the aid sector. One year later, following DFID’s Safeguarding Summit, GADN brought together practitioners to gauge how the conversations about safeguarding had evolved during the year.

The report is framed around SHA perpetrated by male staff against women staff as well as women and girls in communities. The workshops focused on two areas: 1) language and framing of safeguarding issues in the sector, and 2) organisational change processes. The report observes the importance of language in framing the ‘the problem’ and how that affects change processes in organisations. The report highlights discussions around how gendered power dynamics within organisations can maintain conducive environments for abuse; and on how response to SHA in organisations have tended to focus on compliance and operational solutions rather than transformative change. Participants also discussed what they perceived as an overwhelming focus on response to, rather than prevention of SHA in organisations during the year that had passed between the workshops. The workshops generated a set of recommendations which are presented last in the report, followed by an annex with slides from the second workshop. 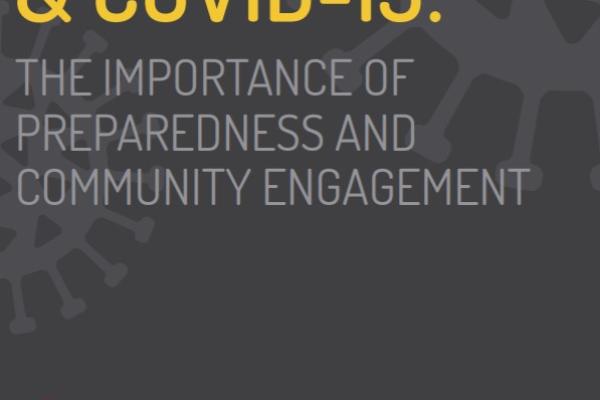 This report is based on a quantitative online survey, with 76 responders and 8 qualitative follow-up interviews, to explore the impact of COVID-19 on…
Read more

What happened to the UK national accused of child rape in Congo?

This is an intersting follow-up on a safeguarding incident, with a British national serving in a UN peacekeeping mission accused of raping a child in…
Read more

UN Peacekeeping Operations and Gendered Threats to the Protection of Civilians

The understanding of how protection of civilians (POC) and gender converge, and the translation of this convergence into implementable action plans,…
Read more